FROM A SEDENTARY LIFESTYLE TO FULL TIME SAILING

After more than 7 years of traveling by plane, we no longer find ourselves in this transportation mode. Beyond the environmental impact which is of growing concern to us, a trip by plane is similar to a teleportation. One embarks, a few hours pass, and here we are thousands of kilometers away in the blink of an eye. One discovers the destination but does not benefit from the journey to this destination.

Since 2012, we are talking about leaving and traveling the world, but we were missing a concrete project around this change of life. We now have found in sailing a mode of transportation that perfectly meets our desires: to live at the rhythm of Mother Nature while taking up a major challenge.

By sailing on our sailboat full time, we want to get back to the basics and take the time to enjoy every moment.

Buying our home : our sailboat
100%
Leaving our jobs
100%
Preparation and improvement of the sailboat
70%
Preparation of the crew
85%
Selling everything we own and don't take on board
100%
Packing and storage of what we want to find back when we return home
100%
Fatigue level
25% 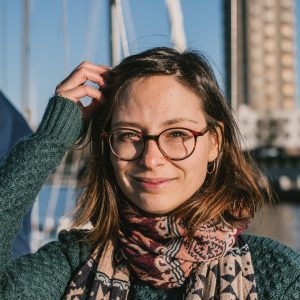 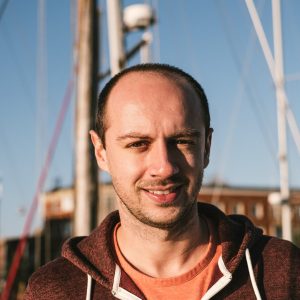 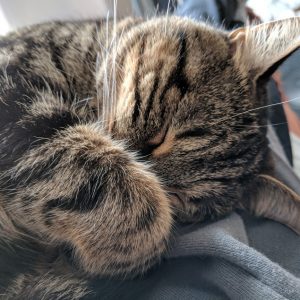 We each had the opportunity to live abroad during our last year of study (USA and Canada). This experience was eye-opening and gave us a taste for traveling, meeting new people and environments, and discovering new cultures.

For more than 7 years, we did not take a single day off without going on an adventure to an unknown city or country. We mainly traveled by plane and once there, we traveled by public transportation or rental cars. Most of the time in backpackers mode, we discovered places such as:

We have shared our discoveries, our good plans and our itineraries on the blog Une Belge – Un Français for several years. Even if we didn’t take the time to write about many destinations that we really liked, we had a lot of fun with this first blog.

In 2019, we have left our apartments and jobs to live full time on board our sailboat Kerguelen, and we are now getting ready to set sails. But this adventure actually started 2 years earlier, when Jeremy sent the email that started it all:

It was a YouTube video of happy folks traveling aboard a sailboat for more than 7 years. And, even if the idea seemed crazy, it made us want to try it! Less than 2 months later, we took our first sailing course on board a JOD80. And it only took us 30 minutes for the sailboat to run aground (it was the instructor’s fault, I promise! And it was only sand). We were definitely on the right track… But ultimately, we needed more than that to discourage us, and each moment spent on the water did nothing but confirm that we were doing exactly what we were supposed to do.

Quite quickly, the project to go on an adventure on our sailboat became obvious. So we started with a clear objective in mind: to learn how to sail and become autonomous in order to finally buy our own sailboat. From mid-September to mid-November, we devoted most of our Saturdays to practical courses aboard  J80 mainly… And sometimes on board a Beneteau Oceanis 37, aboard which Gaëlle’s seasickness woke up (and never went back to sleep). Our winter weekends were devoted to theoretical classes covering topics such as weather, tide and currents, navigation without electronics on board, …

And by the way, did we tell you that nobody amongst our family and friends was aware of this project until we bought Kerguelen?

At the beginning of 2018, we started to think about how to buy the sailboat matching to our travel project while resuming the navigation on board J80. We started to discuss it with fellow travelers and some friends. On the other hand, our families always thought that we did nothing of our weekends. They really had to believe that we became boring as soon as we reached the 30s!

In May 2018, things accelerated: we visited several yachts, the offer to purchase was accepted, the expertise was conclusive, and the deeds of sale were signed. In less than 2 months, we went from “it would be cool to go sailing one day” to “now that we have a sailboat, when do we leave?” And that’s when we decided to inform our respective families of what we had been doing in the last 12 months, and how we were planning to radically change our lifestyle in the next 12 months.

Ah, and it’s the first time we’ve ever owned a home! A sailboat as a first purchase… We approve!

This site uses Akismet to reduce spam. Learn how your comment data is processed.